Mika Fineo began developing his musical reputation early on. Far before finishing high school in Miami, Mika was already long performing in church playing alongside some of the best. “I was always the kid on stage” Mika illustrates. How the world of drumming found way into Mika’s life could be explained as follows…

Through his father’s musical influence Mika was exposed early on to the east coast scene of the Soul, R&B, and Classic Jazz. Growing up, most of Mika’s peers were far too young to share a commonality on this musical influence. Mika describes his early start… “My father gave me an advance through a library of his albums that I feel helped to shape my sound early on. Tower of Power, Curtis Mayfield, Art Blakey and the Jazz Messengers, Steely Dan – these where just a few of the hundreds of records I would burn through as a kid. It didn’t hurt that my pops was a touring keyboardist (most known for his time spent with George McCrae and the Newborn Band… “Rock Your Baby”) and session player throughout my upbringing as well. There was so much musical input filling my brain at such an early stage of my life. I literally grew up in the studio and would mess with all my dad’s keyboards whenever I could. That is how the piano became my first instrument. I wasn’t too bad either because I was asked to start taking classical lessons at only 3 years old – and I continued to up throughout my teenage years.”

It was also early along Mika’s influential journey through music where Hip Hop found way into his collection. “Like all of a sudden I was really into Eazy E, Black Sheep, A Tribe Called Quest, KRS One – all those old school jams. I mean… I was a bit young for the lyrical content at the time so I would sneak out of the house with my “boom box” and listen to those albums in my apartment stairwells with friends. When I later found the drums (through a neighborhood drummer friend) I wanted to sound like those drum machines! All those records had me first approach the instrument in this way, and through that, I became instantly infatuated with drumming.

As Mika had always been serious about a career in music with his love for the art and now drumming, he was careful to captivate his own sound. Rapidly advancing on the drums, Mika was quick to begin taking lessons from the great Steve Rucker of The University of Miami where he was challenged to expand his voice thru his instrument. During Mika’s studies with Steve a deeper understanding of “musicality in drumming” came to be unveiled. Along this growth track Mika found his passion for music launching the pursuit of a musical career within the face of his endeavors. As Mika’s early years moved along playing in countless local bands and then a few failed record deals later, he was off to Los Angeles to begin a new journey. Among his arrival, and now in the hands of a new deal with Geffen Records, Mika soon found himself among the forefront of the west coast scene… and his reach multiplied.

Today Mika has generated a solid resume panning all styles of music. Mika is probably most known for his time spent as the drummer for the multi-platinum industrial band FILTER (from 2007-2012) where he co-wrote and released various Filter albums, film soundtracks, and music videos with the group. Having performed and co-wrote on three major motion picture soundtracks, Filter’s 2011 full album release “The Trouble with Angels”, and countless international tours, Mika has packed an immense amount of experience within a short amount of time. Mika has also been on call tracking/touring for many respected artists and producers internationally.

In addition to Mika’s life as a touring/studio drummer and writer, his most recent projects have placed him collaborating with film directors and music score composers co-supporting many humanitarian causes. Mika’s visions have placed him with great focus on the Global Water Crisis. Mika’s efforts to help can be seen through his “live performance to a film and score” show by the name of The Blue Guardians (due out in the future). All proceeds generated by The Blue Guardians will go towards building clean drinking wells in impoverished water stricken villages around the world. Mika’s love for film scores (particularly synth driven 80s soundtracks) can be heard on the score to The Blue Guardians project and will be sure to find it’s way to his future collaborations.

“I think when it comes to the way I approach the drums it will always be from my strong influence of Hip Hop, Jazz, and even Gospel music. Man, there are just so much dynamics you get from today’s Gospel Music and you can really apply that influence to almost any style of music. Unfortunately, a lot of today’s new players tend to be narrow-minded and lack knowledge on all the many genres and approaches to music – that can really kill a potential career. Hopefully, I can inspire future generations to keep an open ear for everything that’s out there. From Jazz to Neo-Soul, to Metal, to David Lynch soundtracks… I want it all in the brain man!!! When I play, I want to sound like Mika. You can hear the influence of my past and present flow through me. And I love when other players have a voice of their own – it’s so inspiring. My advice: be humble and good hearted within your objectives. Learn how to work well within a team of extreme diversity and be inspiring! When you show up… bring your best. Offer up what you’re asked to do and have fun with it! Respect people and try to bring value to their lives whenever possible. It’s amazing to be able to play music for a living. Know that it’s not a right, it’s a privilege”.

FAVORITE ALBUM YOU PLAYED ON: 2012 Motion Picture Soundtrack for “Fades Like A Photograph” with Filter. Was just so epic to hear that in theaters!

CAREER HIGHLIGHT: Getting mortar attacked in Kirkuk, Iraq with Filter… right after we played! 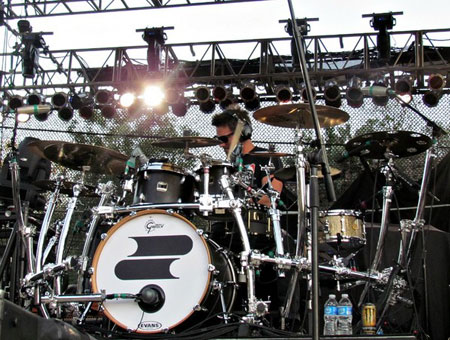 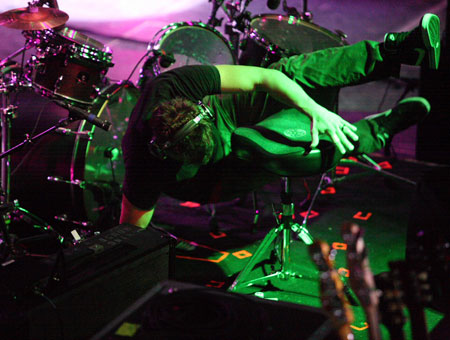 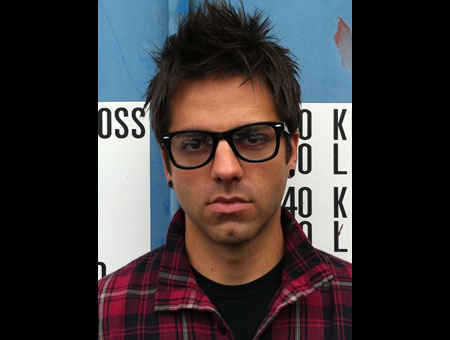 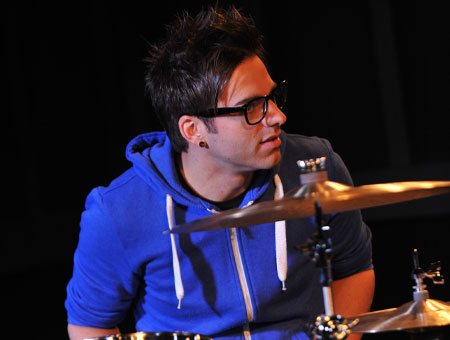