Mike Ryan Peters was born the 14th of September 1981 in Winnipeg, MB, Canada and is best known as the drummer for Canadian punk-metal outfit Cancer Bats.

Inspired by bands like Converge, Sepultura and fellow punk rock Canadians Propagandhi, Peters began drumming in 1993, at the age of twelve. Devoted to honing his rhythmic passion, Peters joined local hardcore act Figure Four in 1997. After recording a demo and touring all across North America, Europe, and South America, Peters left the band to pursue other musical endeavors, which included becoming the backbone for Winnipeg band Rogue Nation.

In 2005, Toronto hardcore buzz band the Cancer Bats, were looking to round out their line-up with a new drummer. Peters, who had toured extensively with his previous projects and was heavily devoted to making a career out of his passion to play drums, was an ideal candidate for the band and immediately relocated to Toronto to start rehearsing with the band.

On the most evil day in history, 06.06.06, the Cancer Bats released their debut album “Birthing the Giant” in Canada. The album garnered the attention of press, labels and audiences across the globe, catapulting the band into the international spotlight. Since joining the Cancer Bats, Peters has performed over 500 shows in countries all across the globe, including highlight performances at Download festival 07, Edgefest 06, SXSW 07 and is currently slotted to play at the 2008 Leeds and Reading festival this August. With a hellacious buzz about the band fueling around the planet, theCancer Bats have graced the pages of major publications including Kerrang (Cover Story), Metal Hammer, Big Cheese, Drummer (key feature on Peters), Rock Sound, Chart Magazine, Alternative Press, Exclaim!, Eye Weekly, and many more.

In 2007, the Cancer Bats won awards for Favourite Hardcore/Metal group of the year at the Canadian Indie Awards and Best Independent Video at the MuchMusic Video Awards, and were nominated for Best Newcomer at the Metal Hammer Golden God Awards in the UK. They are currently signed to Distort in Canada and have licensing deals with Hassle in the UK, Shock in Australia, and most recently will be releasing their latest album “Hail Destroyer” through Metal Blade in the US. 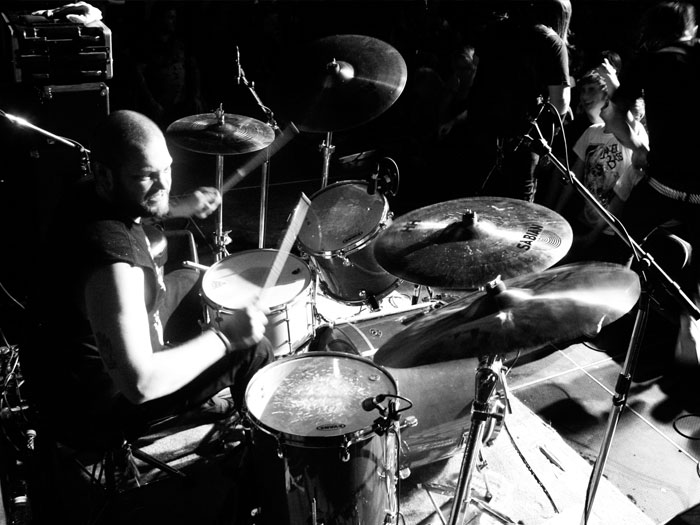