Mitch Dorge is best known for his work with the multi-platinum selling Crash Test Dummies. Mitch joined the Crash Test Dummies in 1991 and has appeared on all of their releases since. He has been credited as a co-producer for both the “God Shuffled his Feet” and “A Worm’s Life” albums. Since 1999 Dorge has worked with Tuesday’s Girl and Charlie Redstar as producer, engineer and drummer. Dorge was awarded the Prairie Music Award for Outstanding Instrumental Recording for his solo record, “As Trees Walking”. “Downsampling Perception”, a documentary based around Dorge’s motivational and educational program “In Your Face and Interactive”, has shown in film festivals worldwide, and has been nominated and awarded for best documentary. His soundtrack work for “Cemetery Love Story” and “Mutual Cadence” has also reached audiences around the world. 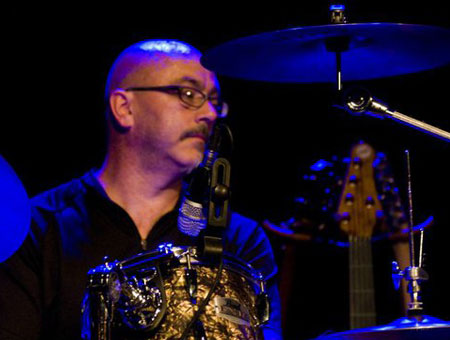