Mitch Marine has been playing in bands since the 8th grade. He attended North Texas University for a year as a music major before hooking up with the band Brave Combo. During his 10 years with the band, he found time for side projects with Andy Timmons, Sarah Hickman, Trout Fishing in America, David Byrne, the Pawn Kings, and several Cajun and country acts. Mitch also played with Dallas alternative act Tripping Daisy for about two years, and was producing an album for a country act when he got the opportunity to play with Smash Mouth. The Smash Mouth gig lasted about a year. Mitch has lived in Los Angeles since 2002, playing, writing and producing relentlessly in that city’s fast-growing country rock scene.

Currently, Mitch drums for country star Dwight Yoakam, a gig he’s been loving since 2003. Mitch writes, “I love my SABIAN Cymbals, but more importantly, I love the SABIAN Cymbal family. These folks are the best and I’m proud to be apart of their family. They stand behind their products, their artists and I’m honored to play the best cymbals made!” 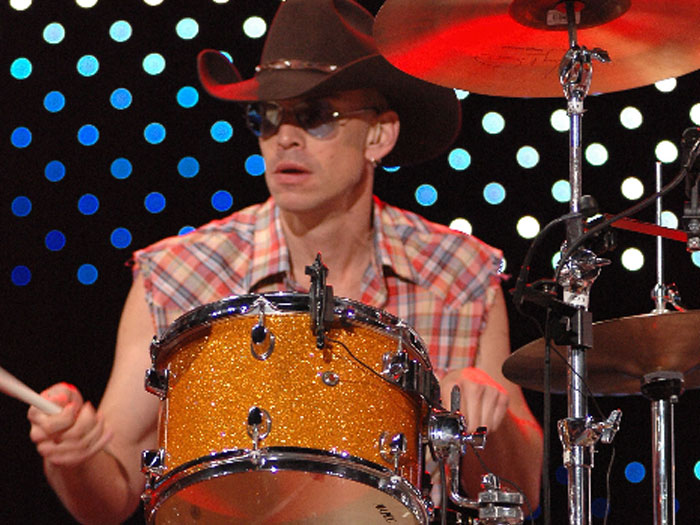