CAREER HIGHLIGHT:
Playing the Hollywood Bowl with Dead Can Dance

Niall started his music career around 1990 in Drogheda Ireland. At first playing drumset, then entering the world of percussion by joining Irelands first Samba school. He has performed with and studied extensively with Brazilian master drummer “Dudu Tucci”. He has also made several trips to the Caribbean to study with some of Cuba’s master drummers. While in Cuba he met and studied with members of Clave Guaguanco, Afro Cuba de mantanzas, Rumberos de Cuba etc.

On his return he has become one of Ireland’s most sought after teachers of Afro Latin percussion. He currently leads his own Latin percussion group “Cachimbo” who have just released there latest album “Si Emi Ilu” (Spirit of the drum) . He has toured internationally with Dead Can Dance and is a member of Sully Erna of Godsmacks solo group . Their first album Avalon made its debut at no 22 in the USA billboard charts and the group have toured the USA and Canada in support of the album. 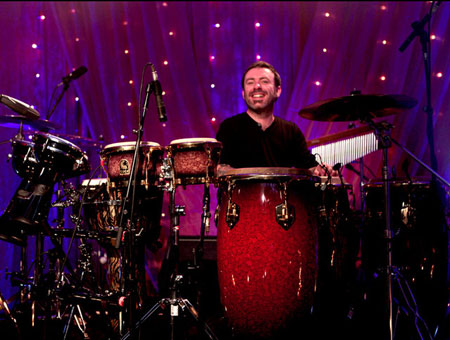