From smacking a brown leather ottoman with his moms wooden cooking spoons to laying it down on multi-platinum award-winning albums, Nick Buda has been playing drums ever since he can remember. Even as a kid raised in Cape Town, South Africa, it was the music of James Taylor, Bonnie Raitt, and Little Feat that filled the house. And he’d play along on his make-shift drumset, breaking more than a few spoons along the way. Nick’s family relocated from Cape Town to a small apartment in Nashville, TN when he was 13, and since a drum kit was not an option, Nick settled for a rubber practice pad kit that he would play on for hours after school every day. This would end up being the foundation of a fruitful career.

Nick’s experience in playing and recording music goes back to his freshman year in high school, where he played in a popular band that had a single on college radio. This led to his first major industry gig with Mac Gayden (co-wrote iconic hit “Everlasting Love”) while still in high school.

Within a few months of being out on the road, Nick moved to Boston where he attended the Berklee College of Music and got to see what real playing was all about. With his ego immediately put in check and his head full of new musical ideas , he got the gig with Col. Bruce Hampton and the Codetalkers, which was a band he had loved to play along to in high school. During this time, Nick got to play with so many of the amazing musicians he had only heard in his headphones such as Warren Haynes, Derek Trucks, Susan Tedeschi, Bob Wier, and the late great Richie Hayward (from Little Feat) who joined Nick multiple times for some unforgettable double drumset gigs.

Upon moving back to Nashville in 2002, Nick picked up right where he left off, when he was asked to play with Cyndi Thompson, starting another new chapter in his career. It was the first of many tours that would follow with such diverse artists as Edwin McCain, Hank Williams Jr., Jedd Hughes, Maia Sharp, Emily West, and many others. Playing with these various artists has led to performing at so many great iconic venues such as the Grand Ole Opry along with TV appearances on many of the late night and daytime talk shows. It also led to a whole new side of Nick’s career as a session drummer.

Nick’s unique drumming style combines his delicate touch with a soulful r&b backbeat and an explosive energy, which adds depth and excitement to his tracks. He’s never afraid to take chances with music, which sets him apart as a player. His unmistakeable style infiltrates both live and studio settings putting him in high demand amongst the Music Row elite.

His playing is featured on country/pop sensation Taylor Swift‘s first 5 multi-platinum albums. This includes “Fearless”, which won many Grammy’s including Album Of The Year. Other artists Nick has recorded with include: Richard Marx, Dolly Parton, Lionel Richie, Kenny Loggins, Lady Antebellum, Martina McBride and Randy Houser to name a few.

Nick’s playing style has already helped influence a new sound in Nashville, and his diverse track record is continually expanding in various directions, but the wooden spoons now stay in the kitchen. 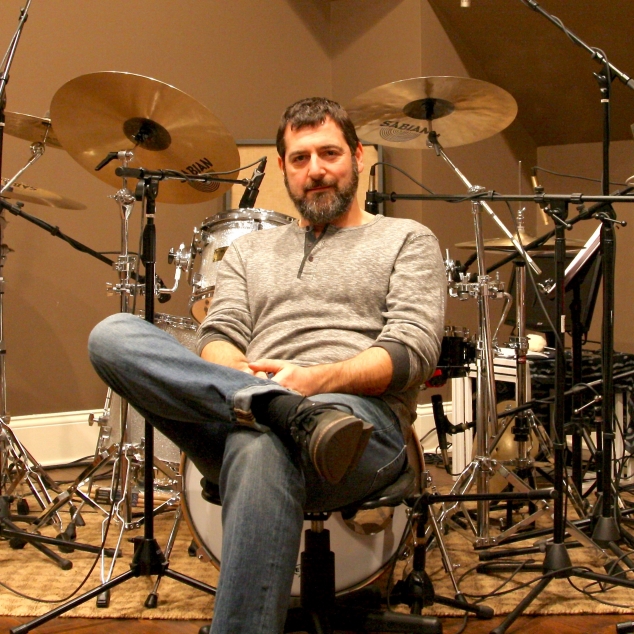