Oli Savill was born in Lisbon, Portugal. Although he studied guitar (and then bass) from a very early age, it was at the age of 11, that his parents gave him his first pair of bongos for Christmas. These never left his side throughout his school days. And it was after finishing his secondary schooling in the UK, were he had been involved with several  bands, that he decided to study at Drumtech in London, whilst also being part of  various brazilian bands. This led to a great friendship with the Head of Percussion at Drumtech, Bosco de Oliveira, which in turn led to them recording an album together and touring with Airto Moreira and Dom um Romao.

At around this time (’94) he was also called up for his first ‘pop music’ audition with the Petshop Boys, in which he succeeded to then go on a four month world tour. On returning, he immediately used the money to fulfill one of his life long dreams, and went to Havana, Cuba to study afro-cuban percussion at the ‘Escuela de Superacion professional de Musica Ignacio Cervantes’, as well as studying privately with members of the ‘Conjunto Folklorico Nacional de Cuba’.

On his return to the UK, he quickly became very busy as a ‘freelance’ percussionist, also co-writing and touring his own album under the name ‘Dalata”.

This was also the beginning of his interest in music production which has led to him having production and/or ‘sound designing’ credits on several projects , as well as his own ‘Dogbeats’ project, under which he has produced remixes for ‘Natasha Atlas’ among others.

He has been the live and studio percussionist for Grammy + multi award winning band ‘Basement Jaxx’ since 2004. 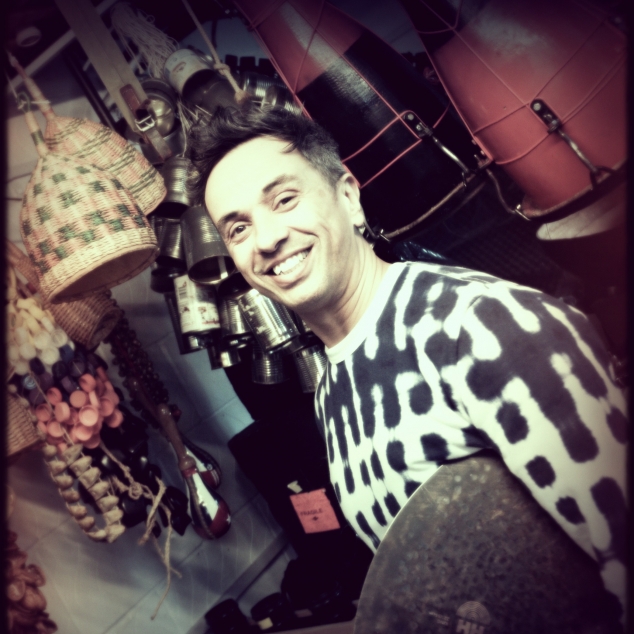