Orri began playing drums at the age of 11. He attended music school for 3 years before deciding to pursue the art of drumming on his own. For years, Orri practiced in his parents’ garage, influenced by such drumming greats as, John Bonham, Charlie Watts, Keith Moon, Ringo Starr, Mitch Mitchell, Neal Smith and Ginger Baker. The common element that appealed to Orri about each of those drummers was their incredibly distinctive style. When Orri joined the hugely successful Icelandic band, Sigur Ros, in 1999, he brought his own distinctive style to the band, and since that time, Sigur Ros has enjoyed their greatest worldwide appeal. 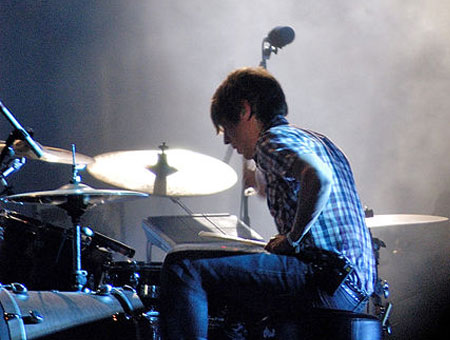