FAVOURITE ALBUM YOU PLAYED ON: XXI Century Blood by The Warning

FAVOURITE ALBUM YOU DIDN’T PLAY ON: The Black Parade by My Chemical Romance

Paulina Villarreal was born in 2002 in Monterrey N.L. Mexico. From an early age and while on an Early Stimulation Program, little Paulina showed an eager interest in music, enough for her parents to initiate her into piano lessons at the young age of 4. But it wasn’t until her parents watched her innate skills and coordination while playing Rock Band’s video game percussions to perfection that they decided to get her own real-life drum kit. She was 7, and her life would change forever form that point on. Paulina started to take drumming lessons, took an interest in watching music concerts, and started playing covers of her favorite bands.

These activities would go on for years with her sisters taking a similar path, which led to the creation of their own band: THE WARNING. It was the end of 2012. The three girls’ love for rock drove them into playing covers from bands they followed and ingenuously post them on YouTube. A couple of years later, her rendition of Metallica’s Enter Sandman went viral around the globe, getting so much attention that Ellen DeGeneres invited them as musical guest for The Ellen Show in 2015 to perform live.

By that time, Paulina was already writing her own lyrics and music. Pau and her sisters recorded an EP, ESCAPE THE MIND, with five original songs. This was her first glimpse into what would be the process of recording and album and would be later improved when she alongside her sisters got a scholarship to attend Berkelee College of Music’s five-week program. That same year, another milestone in her life was to take place when one of her own songs was selected to be included in Rock Band IV, the video game’s fourth installment.

In 2016, The Warning, garnering attention through their social media channels, were to be invited to share their knowledge and experience through a TEDx Talk, which they would repeat the very next year. Other venues they have performed live would include Boston’s Hard Rock Café and Anaheim´s House of Blues and Austin SXSW Festival.

One of Paulina´s special traits is her creative mind. Her songwriting usually starts while playing the piano, but her passion rests on the drums. The Warning released their first full album, XXI CENTURY BLOOD, by the end of March 2017, where she also sang lead for some of the songs, recorded drums and the piano tracks.

In October of 2017 a staggering opportunity comes along when Def Leppard includes The Warning as the opening act for their Mexico City concert. And soon after that, Paulina, along with her sisters, are part of the line up with for the “Mother Of All Rock Fest” which lists big rock legends (Aerosmith, Def Leppard, Alice Cooper and others).

Paulina is an extremely hardworking girl and spends a lot of time honing her skills. As she has evolved as a drum player and musician, her drum kit has also changed, she now plays with Sabian AAX and HHX series and her favorite one is the ¨18 HHX EVOLUTION O-ZONE CRASH¨ 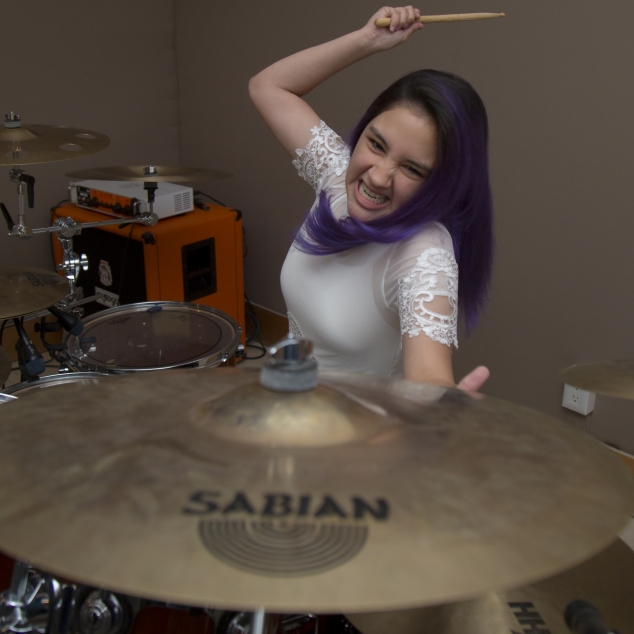 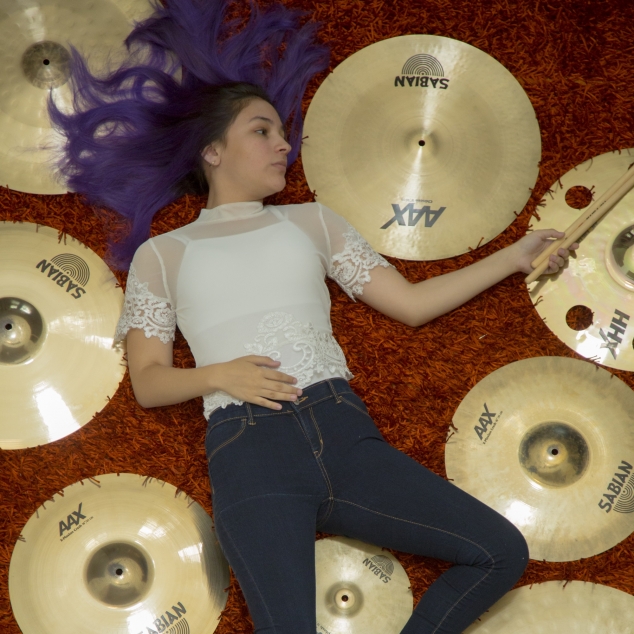 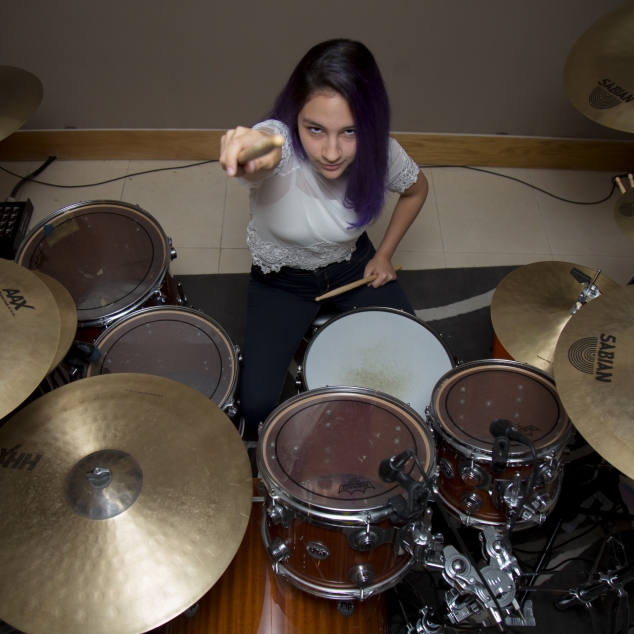 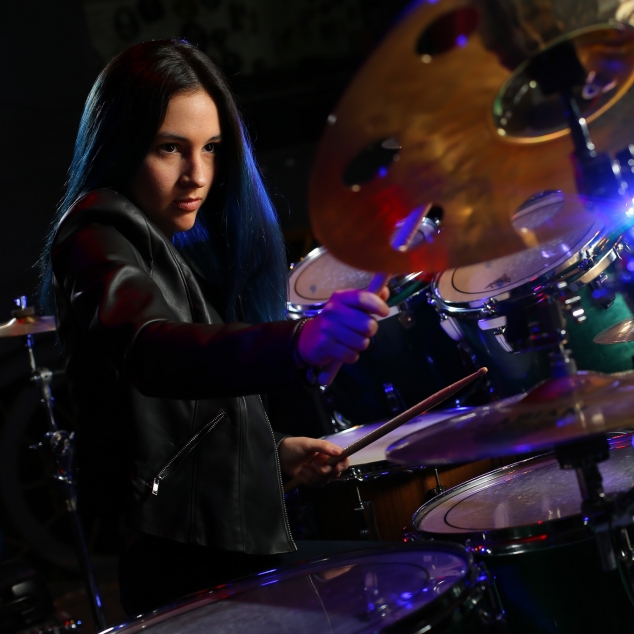