From the highly eclectic list of talented performers he has played or recorded with, it is plain to see that PETE YORK is one of the most versatile musicians ever to sit at the drum set. He is equally at home in a rock and roll group, New Orleans funk, Big Band Swing, symphony orchestra, bebop, mainstream, Dixieland, blues, ethnic music of all kinds, in fact anywhere that a drummer might find himself.

Pete York brings his own interpretation to all kinds of music and it is a sign of the lasting quality of good music that a large number of Pete’s recordings with the artists listed above ( more than 200 LPs) are constantly available as reissued material.

There are currently over 50 CDs available from the various projects Pete has been featured on over the years.

FAVORITE ALBUM YOU DIDN’T PLAY ON: ELLINGTON AT NEWPORT 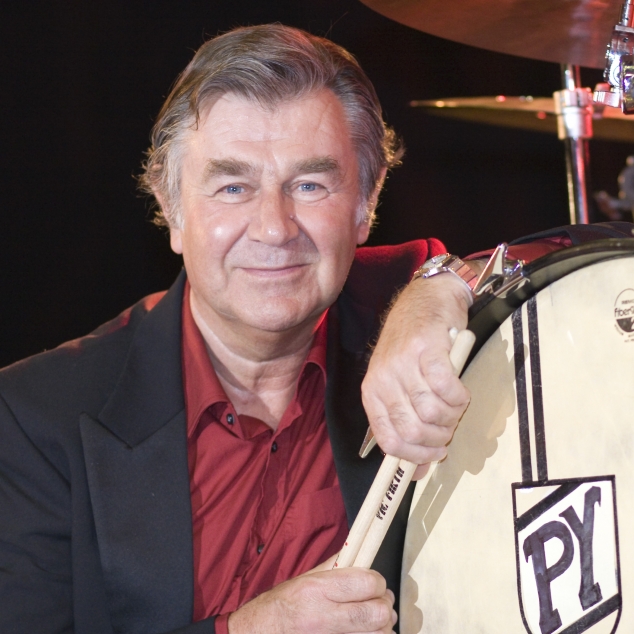