Favorite album you didn’t play on: Pictures at an Exhibition and The Rite of Spring performed by The Philadelphia Orchestra under the direction of Riccardo Muti

Ralph Sorrentino teaches applied percussion and directs the Percussion Ensemble at West Chester University. Ralph serves as Principal Percussionist with Opera Philadelphia and Section Percussionist with the Pennsylvania Ballet Orchestra. He performs as a substitute percussionist with The Philadelphia Orchestra and the Chicago Symphony Orchestra, with whom he has performed under the batons of many of the world’s great conductors (Riccardo Muti, Sir Simon Rattle, Yannick Nezet-Seguin, Kirill Petrenko, Jaap van Zweden, Esa-Pekka Salonen and Michael Tilson Thomas) in many of the world’s great concert halls (Carnegie Hall, Kennedy Center, Chicago’s Orchestra Hall at Symphony Center, the Kimmel Center for the Performing Arts, the Ravinia Festival and the Bravo! Vail Festival). Ralph serves as Principal Percussionist with the Bay Atlantic Symphony, and he has performed with the Russian National Orchestra, the Chamber Orchestra of Philadelphia, the Philly Pops, Orchestra 2001, and the New World, Delaware, Harrisburg, Lancaster, Kennett and Reading Symphonies. Ralph has performed for several world leaders and dignitaries, including HRH Prince Charles and Pope Francis.

Ralph, along with flutist Sophia Anastasia, is a founding member of Electrum Duo. The Duo’s November 2008 New York City debut at Bargemusic was favorably reviewed in the December 1, 2008 edition of The New York Times. Music critic Steve Smith commented that “the Electrum players were persuasive advocates: Ms. Anastasia played with brightness and vigor, while Mr. Sorrentino pattered across drums, cymbals and woodblocks with an impressive feeling of flow.” Mr. Smith continued to say “the playing had an air of conversational spontaneity; each performer seemed to finish the other’s statements now and then…[Ms. Anastasia’s] vitality was neatly balanced by the graceful efficiency with which Mr. Sorrentino choreographed his manifold tasks throughout the evening. Perhaps it was the ability to play against type that made these players cohere so effectively.” Electrum Duo has presented recitals in New York, Pennsylvania, New Jersey, Delaware and Virginia. In May 2011 the Duo premiered JLS, a ballet by award-winning composer Robert Maggio, in collaboration with Roxey Ballet Company of Lambertville, NJ. Electrum Duo’s debut album, introductions, was released in October 2011 and is available on iTunes and Amazon.com. The album was reviewed in the July 2012 edition of Percussive Notes. Critic John Lane commented that “the performances are tight and excellently crafted: a high standard of a chamber music execution in which both musicians get to flex their skill…What [introductions] does best is showcase the talent of two extraordinarily talented performers who have cultivated a strong musical connection.” Electrum Duo’s second album, Thoughts, was released in November 2015 and is available on iTunes and Amazon.com. The Duo recently commissioned composer Maurice Wright to compose a new piece for flute and percussion, which will receive its premier during the 2016-17 concert season.

Ralph’s debut solo percussion album, multiplicity, was released in October 2014 and is available on iTunes and Amazon.com. As a solo artist, Ralph gave the 2003 world premiere performance of composer Robert Maggio’s Songs from the Wood (for solo marimba) after playing an integral role in the commission and development of the work. Ralph was named National First Runner-Up at the 1999 MTNA Collegiate Artist Percussion Competition in Los Angeles, CA, after winning the state and regional levels of the competition. Ralph has recorded percussion tracks for NFL Films, including music that has been heard on the national television broadcasts of Super Bowls XL through 50. Ralph has recorded for Ondine Records (with The Philadelphia Orchestra), Telarc (with the Delaware Symphony), Bridge Records (with Symphony in C) and Innova Recordings (with the Bay Atlantic Symphony). He performed on Telarc’s Interchange, a recording collaboration between the Los Angeles Guitar Quartet and the Delaware Symphony, which was nominated for a 2010 Latin Grammy Award.

Ralph joined the percussion faculty at West Chester University in August 2004. He served as an adjunct faculty member at Immaculata University from January 2003 through December 2015. Ralph has presented clinics and masterclasses at a number of colleges and universities, and he served as a panelist for the final round of The Philadelphia Orchestra’s 2013 Albert M. Greenfield Student Competition.

Ralph holds an M.M. in Orchestral Performance from Temple University, as well as a B.M. in Music Performance and a B.S. in Music Education from West Chester University. His principal teachers include Alan Abel (retired Associate Principal Percussionist of The Philadelphia Orchestra), Matthew Strauss (Section Percussionist with the Houston Symphony) and Chris Hanning (West Chester University). 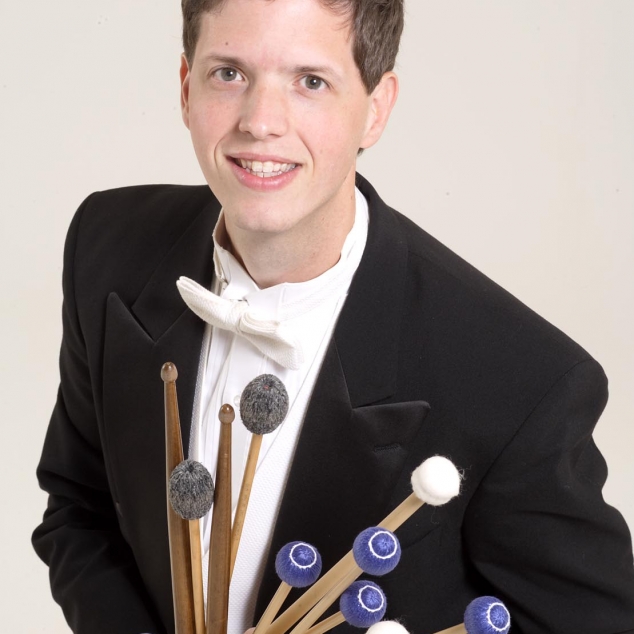 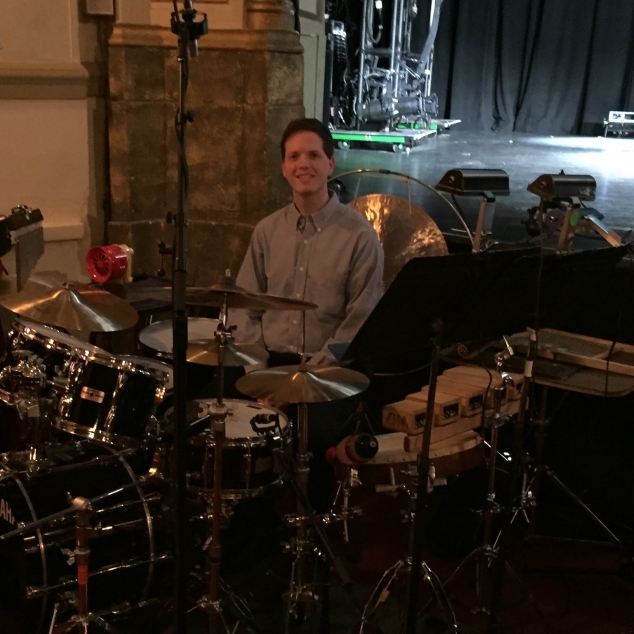