“I don’t think I could live without my drums, they’re part of my soul.”

Rap began his relationship with drumming when he was 16, after becoming inspired by various bands and drummers. Tony Royster Jr., Mike Portnoy, Jojo Mayer and Carter Beauford are his all-time favorites. He formed an instrumental band, T.S. in 2007, with the guitarist and keyboardist from Blaster. During the T.S. period, Rap won “Sabian Best Drummer” and the band T.S. won the first-runner-up award at the WoFoo Teenage Band Competition.

In 2009, T.S. changed their name to Blaster and added a vocalist and bass player, while Rap continued to develop his drum technique by composing and arranging various genres of music with his band mates. In 2009, Blaster won Hong Kong’s Yamaha Asian Beat Band Competition. The band is currently working on their debut album scheduled for release in late 2013.

More recently, Rap has also joined experimental percussion group Junkit, which performs percussion-only pieces on everyday items such as buckets, pipes, and rubbish bins. With influences ranging from Heavy Rock and Fusion to Jazz, Rap is a diverse and aggressive musician with a charming and energetic stage presence.

FAVORITE SABIAN CYMBAL: Anything from HHX and AAX 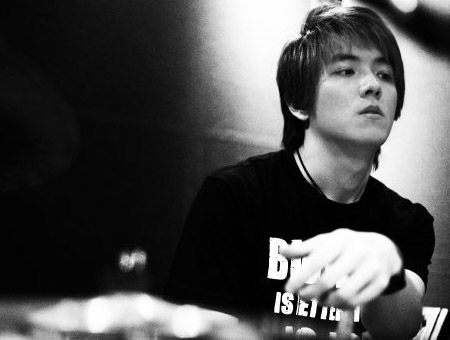