Richard Christy (born April 1, 1974) is an American drummer and radio personality who currently works on The Howard Stern Show. Christy began working on the show in 2004 after winning the Get John’s Job contest. He is known for his prank calls, song parodies, personality and stunts performed on the show. He is also a stand-up comic and an actor, appearing in and directing several independent films. Past metal bands include Death and Iced Earth.

FAVORITE ALBUM PLAYED ON:
“The Sound Of Perseverance”, Death

CAREER HIGHLIGHT:
Performing at the Dynamo Festival with Death in 1998. It was my fourth show with the band and we played in front of 40,000 people – it was amazing!

FAVORITE SABIAN CYMBAL:
20″ AAX Metal Ride – I’ve had it for as long as I can remember and it has become a signature part of my drum sound. 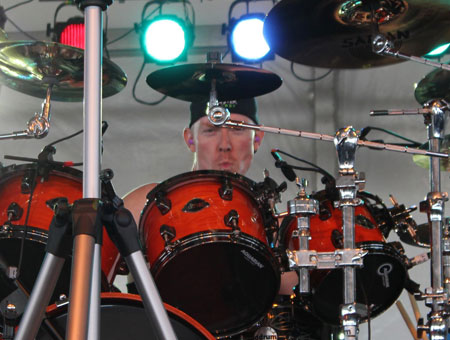