Robert has performed with the Columbus, Ft. Worth, Dallas and Indianapolis Symphonies, and toured internationally and recorded with the Paul Winter Consort and his own group, Rhythmic Union. Since 1998, Chappell has been performing with steelpan virtuoso Liam Teague in Liam Teague + Robert Chappell and the Latin/Indo/Caribbean jazz group, Panoramic. Their duo CD, For Lack of Better Words, was released in July 2002 and the Panoramic CD in 2005.

Active as an educator for 32 years, Chappell has taught at Indiana State University, and is a Distinguished Teaching Professor and Head of Percussion Studies at Northern Illinois University. He is also Program Director at the Birch Creek Music Center in Door County, Wisconsin where he leads the Percussion/Steel Band Camp every summer. In 2003, Chappell received NIU’s highest teaching honor, the Presidential Teaching Professorship Award.

A composer in contemporary, jazz, and cross-cultural idioms, Robert’s works are noted for integrating seemingly unrelated genres into a musical totality. His works have been published by Marimba Productions, Panyard, Drop6 Media, and Pan Press and he was the winner of the 2006 Percussive Arts Society composition competition for Open Window, a duet for steelpan and marimba. Robert is a Yamaha Performing Artist, and endorses SABIAN cymbals and Mike Balter mallets. 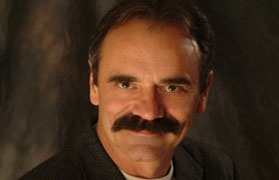