Credited on more than 400 recordings, 3000 shows, 20+ tours, 3 Grammys © and 11 #1 Billboard © hits, Ron Thaler has been a fixture in modern music and on the New York music scene for more than 20 years. Whether working with well-known artists, indie luminaries or emerging talents, Pop, Rock, Latin-Jazz, R&B, Funk, Fusion, Soukous, Singer-Songwriter, EDM, Folk, Country, you name it, his musical contributions have been heard by millions.

Ron has been honored with 8 Grammy nominations for his drumming and music production work, and is a recipient for Alicia Keys double-Grammy winning hit single “No One”.  Recently, Ron took to primetime TV where he appeared as an on-camera character on NBC TV’s “Lipstick Jungle” alongside Brooke Shields, Kim Raver and Andrew McCarty.

“A virtuosity that touches great depths, eliciting that special emotion from his listeners well beyond the mere consideration of his considerable technical wizardry” (New York Times)

“Tremendous performances that leave a lasting impression of his talent and particular approach to music” (Drums Etc., Canada)

“A fusion blizzard! And deep musical taste not just at the hands of studied techniques or metronomic rigours, but also the intuitive space that exists between the notes” (Batteur Magazine, France)

“(With Ron Thaler) emotions don’t lie, simplicity is just as relevant as complexity, and great musicality with fire proves that drummers are musicians first” (Drumscene, Australia) 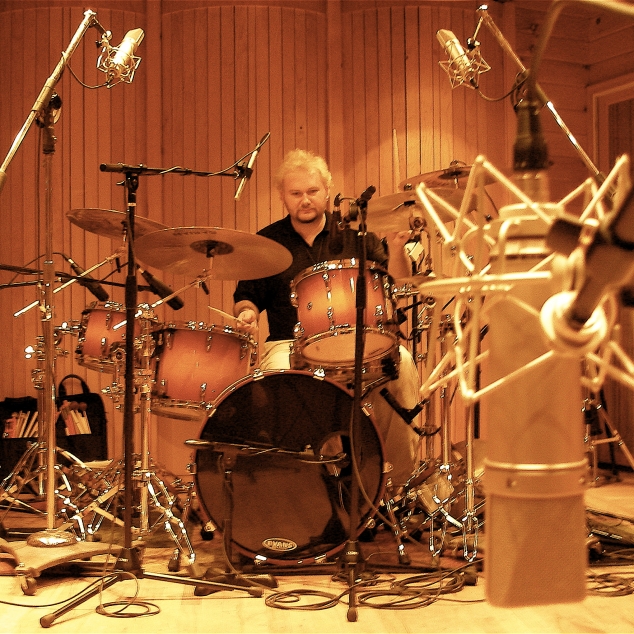