Since arriving in New York City in 1988, drummer, composer, bandleader and educator Scott Neumann has been immersed in a diverse and creative mixture of musical experiences. As a performer, Scott has toured Europe, South America and Asia playing concerts and festivals with, among others, David Liebman, Madeline Peyroux and the Pete McGuinness Jazz Orchestra (Two 2014 Grammy Nominations). Scott has performed on over 70 CDs as a sideman. Scott’s versatility as a player found him touring for nearly a decade on the Jam Band/Electric Bluegrass scene with the Tony Trischka Band and the Jazz Mandolin Project. Scott has also performed in the orchestras of over twenty-five Broadway productions and he has been on the staff at Radio City Music Hall since 2007. As a bandleader, Scott leads and composes for his two acclaimed bands, Neu3 Trio(Origin Records) and Osage County(Chicken Coup Records), which perform music from very different corners of the jazz spectrum. As an educator, Scott has participated in university and school workshops throughout the world. Scott has also been on the faculty of Lehigh University since 2005, where is the director of drum studies. Scott also proudly endorses GMS drums and Aquarian drumheads.

“What has always inspired and impressed me with SABIAN cymbals is the versatility, consistency and musicality of the instruments. Pending on where the day is taking me musically, if it’s more rock/funk/blues based, I am going to pull out my AA’s (14” Hats, 16” and 18” crashes and a 21” AAX Stage Ride). If I am going on the “jazz tip” I am going to grab my 14” HH Manhattan Hats, and either a 21” Artisan Light Custom Ride or one of the new killer 22” Big and Ugly’s (King or Apollo). So much sonic beauty to adapt to and choose from!” 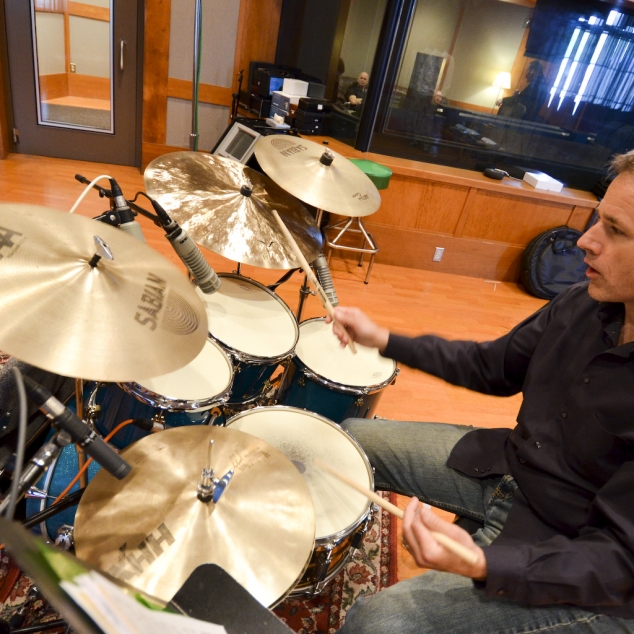