Scott Reeder was well on his way to launching a career in drumming by the age of 5. At 8, he joined the school band and began snare drum lessons, playing the entire school year in the concert band. Soon, Scott was immersed in Jazz Band and Stage Band accompaniment in school, not to mention hours of practicing licks by Stewart Copeland, Alex Van Halen, Neil Peart, Carl Palmer, Eric Carr, Tommy Lee, Bill Stevenson, Alan White, Vinnie Appice, and more.

In Junior High and High School, Scott continued his music education in Drumline and Marching Band, learning all of the rudiments and rolls he would need to propel a powerful drum section, while continuing his studies in music appreciation, composition and basic theory.

Upon graduating high school, Scott studied briefly with Eric Singer (KISS/Alice Cooper) and Rick Steel. In late 1992 he met Mike Rosas and Aaron Sonnenberg and the three formed power trio, Smile. In 1993 they released their first 7-inch “Resin”, followed by their first full length album “Maquee” in 1994. First released on San Diego label Cargo/Headhunter, the album was re-mastered and re-released later that year by Atlantic Records.

In 2001 Scott joined Fu Manchu in support of new album “California Crossing”. The support tour took the band to 17 countries worldwide in only 6 months! From that tour sprang the double album, “Go For It – Live!” – recorded in Sweden, Los Angeles and Chicago. It was during this period that Scott officially became a SABIAN endorser!

Success came fast and furious for Scott and Fu Manchu. Major touring, a series of well-received albums and even TV soundtracks (“Monster Garage” and “Viva La Bam”) – as well as the music track for a Toyota Sequoia commercial that debuted on the 2008 Super Bowl – all followed quickly on the heels of “Go For It – Live”. Major tours with Clutch and Corrosion of Conformity also led to substantial features on Scott in DRUM and Modern Drummer magazines. During all of this, Scott somehow found the time to tour with up-and-coming guitar player Orianthi in support of Steve Vai. After the tour, Scott became a contributing blogger for Modern Drummer.

In March 2010 Scott joined legendary Orange County punk band Social Distortion on their South American tour. He has since rejoined Fu Manchu in support of a new album and tour in 2010. 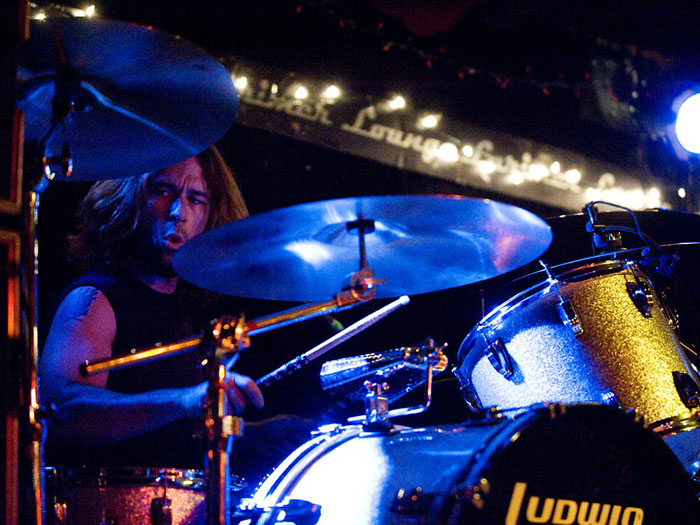