Mr. Gómez Gallego has served as acting Principal Timpani of the Charlotte Symphony Orchestra for their 2018 summer season and had his concerto debut with the Rockford Symphony Orchestra, performing James MacMillan’s Percussion Concerto Veni Veni Emmanuel.

Born in Medellin, Colombia, Mr. Gómez Gallego started his musical studies at the Instituto Musical Diego Echavarria. He received both his Bachelor’s degree and Master’s degree from the University of Miami and a Post-Master’s Certificate in Percussion Performance from DePaul University. He was the timpanist of the Civic Orchestra of Chicago and Civic Fellow from 2014 to 2016.  He also attended the Aspen Music Festival and School for 5 summers and was recipient of the Charlie Owen Fellowship in 2011 and the American Academy of Conducting at Aspen Timpani Fellowship in 2012.

Also a passionate educator, Mr. Gómez Gallego is currently in the Faculty of the Percussion Scholarship Program of the Chicago Symphony Orchestra, the New England Music Camp and the People’s Music school. 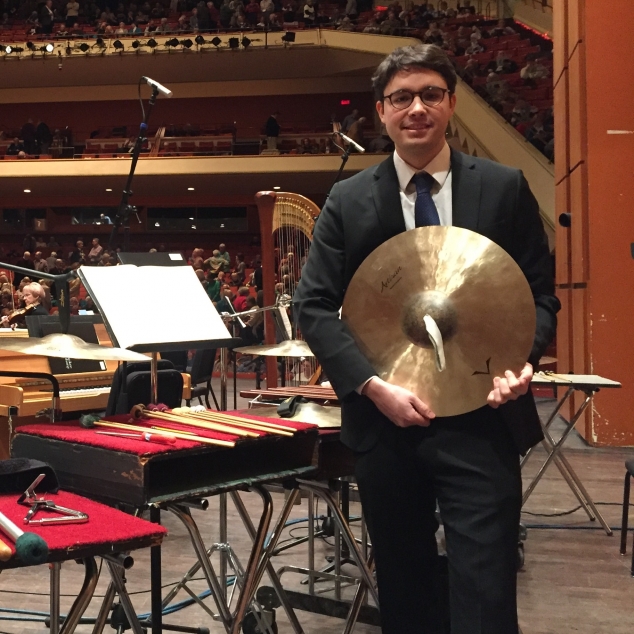