Sola joined Jamiroquai in 1995 as percussionist. Born in 1965, Sola only really started to take his percussion playing seriously some 10 years ago having spent his time before that DJ-ing around London’s funkier clubs. Sola was born in Nigeria and came to the UK with his parents as a young child. He has now raised his own family here in London. Africa and African music is still a very strong influence in his life – the Nigerian language itself has an intrinsically musical and rhythmic feel. Sola aspires to musical excellence like his hero Miles Davis, but his tastes are wide, ranging from Earth Wind and Fire to classical composers like Bartok. Having played percussion with artists such as jazz guitarist Ronnie Jordan, Sola met Derrick and was soon asked by Jay to join Jamiroquai. His work on stage with the band is awesome to behold and his percussive licks and vibes can also be heard on both Travelling Without Moving and Synkronized. 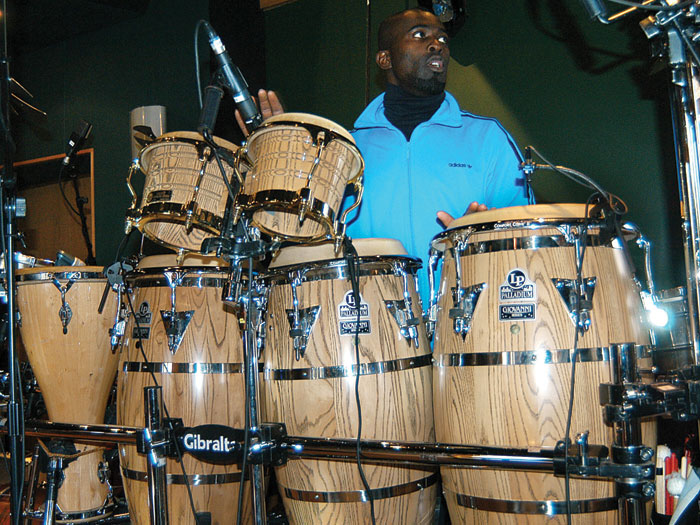