After attending Berklee College Of Music on scholarship from 1993 to 1996 Steve was asked to join the Ravi Coltrane Quartet. He toured and recorded with the band from 1996 to 2002. The music was a mixture of traditional jazz, funk, and odd meter fusion. During this time Steve was also a studio drummer in New York City playing on dozens of national jingles, record dates, television shows, and movie soundtracks. He was also a member of Ruben Wilson’s “Masters Of Groove” where he shared the drum chair with the legendary Bernard Purdie. In addition, during this period Steve toured with Christian McBride, Suzanne Vega, Miri Ben-Ari, Bob Berg, and Richard Bona amongst others.

In 2003 Steve began touring and recording with multiple Grammy winners and Atlantic recording artists, The Manhattan Transfer. He remains the first call drummer for The Manhattan Transfer, and works with them as his schedule permits. He is the first touring drummer in the history of the band to actually record with them. He is featured on 3 album releases and 1 live concert DVD. In late 2003, Hass released a solo album named Traveler. The C.D displays Hass’ skills as a talented producer. His usage of sonic layering and drum loops is reminiscent of Jon Brion.

In 2005 Steve joined John Scofield and Mavis Staples to support Scofield’s Verve release “That’s What I’d Say”. The band toured around the world from 2005 until December 2007 playing R+B, Soul, Jazz and Latin. Scofield also used Steve in his jazz trio, along with bassist John Benitez for select local N.Y dates.

In 2006 Hass had an eight-page feature interview in Modern Drummer Magazine. He is now a regular educational contributor in the “ask a pro” and “workshop” columns. In 2007 Steve established a second residence in Los Angeles and quickly became a popular choice for musicians and producers on the L.A scene, both live and in the studio. His company Hassbeat Productions Inc. provides studio services to artists worldwide while allowing Steve to record drum tracks for a variety of artists around the world. He continues to tour with a variety of artists. Since moving to Los Angeles Steve has become a regular with renown artists such as Billy Childs, Bob Sheppard, Brandon Fields and Alan Pasqua as well as maintaining his presence in the studio with contemporary rock singer/songwriters.

2012 has been his busiest year yet juggling recording sessions for producers The Difference, Rami Yadid and Ken Wallace and tours with R&B great Patti Austin, top selling fusion/new age pianist Keiko Matsui and The Manhattan Transfer. He continues to work with R&B/Jazz Grammy winner Patti Austin in all variations of her touring band. 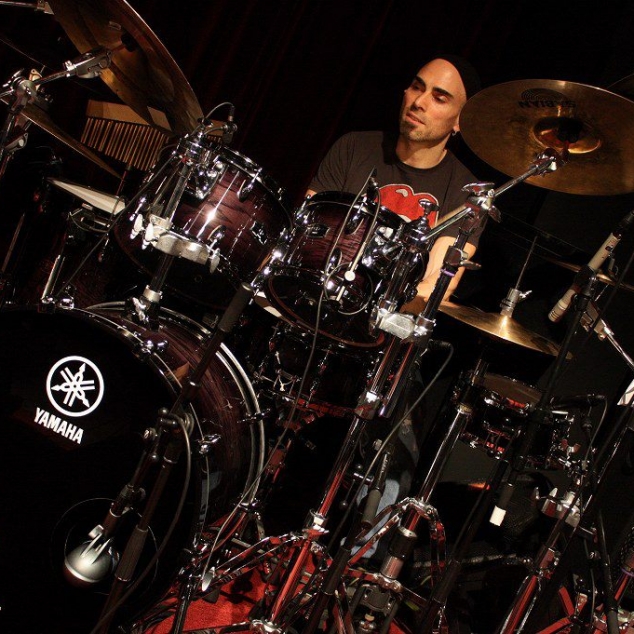