In his 30th year as a Marching Percussion Instructor and Educator, Terry Sanders is currently the Director of Percussion at Escambia High School in Pensacola, Florida. Under his direction, the EHS Field Season Percussion unit has won over 40 High Drum Caption awards, and since 1982 has never received less than a superior rating at any Band Contest in which it has competed. Mr. Sanders founded the acclaimed Diamonds Indoor Percussion Ensemble and has led them all the way to the finals of the WGI World Championship.

Terry is responsible for coordinating Florida’s largest Marching Percussion Clinic: the Percussive Arts Society – Florida Chapter – Day of Percussion (DOP). The DOP has been a successful event for 12 years running, featuring the world’s best marching percussion clinicians. Terry has been a percussion consultant for high schools all across the Southeast, currently, Choctawhatchee HS, Petal HS, Pace HS, and Muscle Shoals HS. Terry has presented at fall DOP clinics and Indoor Design clinics throughout the Southeast.

Sanders received his degrees in Music Education and Computer and Information Science from Troy State University. He studied percussion under Dr. Samuel Frederick, while marching with the “Sound of the South” Trojan Band. Terry studied clarinet with Dr. John M. Long in the Troy State Reading Band. He also studied percussion privately with Sergeant Carl Griggs of the United States Marine Drum and Bugle Corps. Terry was the Percussion Caption Head and arranger for the Florida Wave Drum and Bugle Corps from 1980-81. 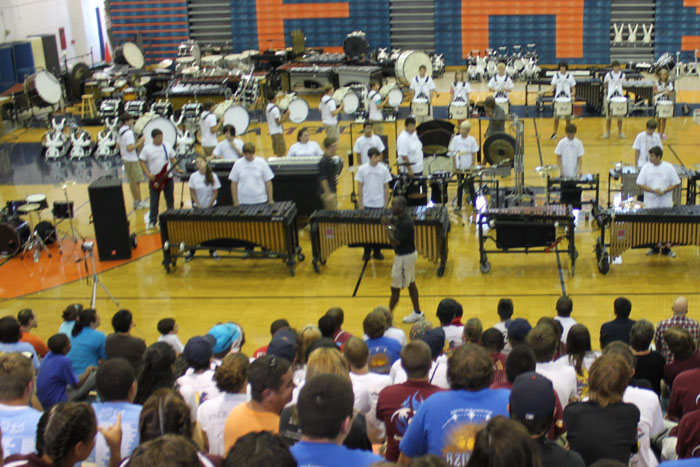 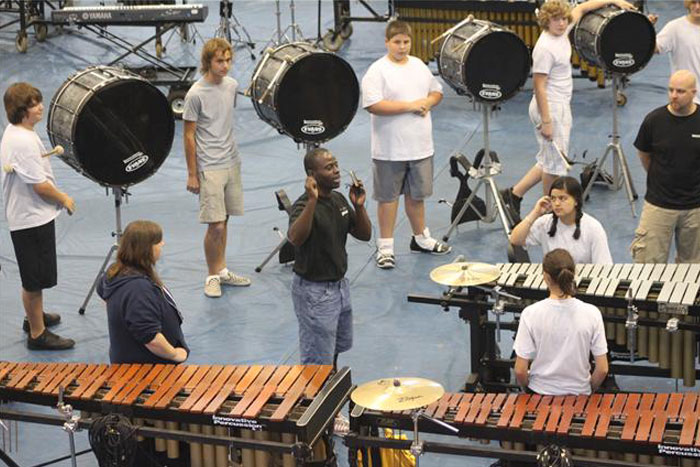