Originally from Phoenix, Arizona, Theresa Dimond began her percussion studies with Mervin Britton. Upon moving to Los Angeles, she attended the University of Southern California where she studied with Ken Watson. She was awarded a B.M., M.M. and D.M.A. in Music Performance from U.S.C. She also attended the Interlochen National Music Camp, the Aspen Music Festival, Music Academy of the West and the Los Angeles Philharmonic Institute, as a student. She has studied with Mitchell Peters, Neil De Ponte, F. Michael Combs and Charlie Owens.

Dr. Dimond is currently the principal percussionist of the Los Angeles Opera. She has been a member of the orchestra since its inception in 1990. As a member of the LA Opera Orchestra, she won 2 Grammy Awards in 2009 for Best Classical Recording and Best Opera Recording for The Rise and Fall of the City of Mahagonny by Kurt Weill which starred Audra McDonald and Patti LuPone.

As a free-lance musician in Los Angeles, Dr. Dimond has worked with every ensemble in the city, including the Los Angeles Philharmonic, Los Angeles Chamber Orchestra, Pacific Symphony and Long Beach Symphony. She is currently Principal Percussion of the Los Angeles Opera and Los Angeles Master Chorale, Associate Principal Percussion of the Pasadena Symphony and Principal Timpanist of the Pasadena Pops and the California Philharmonic. She has performed for Leonard Bernstein, Michael Tilson Thomas, Jeffrey Kahane, Placido Domingo, Herbert Blomstedt, and on tour with soprano, Dawn Upshaw. She has appeared as soloist at the Aspen and Tanglewood Music Festivals.

Dr. Dimond serves on the faculties of U.C., Irvine, Pomona College and Cerritos Junior College. In 1998, she founded TouchDown Publications, a music publishing company which edits and publishes opera parts.

She, also, is an expert on the cimbalom, a Hungarian hammered dulcimer. On cimbalom, she has performed for Pierre Boulez, Lalo Schifrin, Esa-Pekka Salonen, Kurt Masur, Dawn Upshaw, and Grant Gershon. Her recording credits include The Curious Case of Benjamin Buttons, Far from Heaven, The Dewey Cox Story, Rush Hour 3, Rocky 5, and Edward Scissorhands, to name but a few. 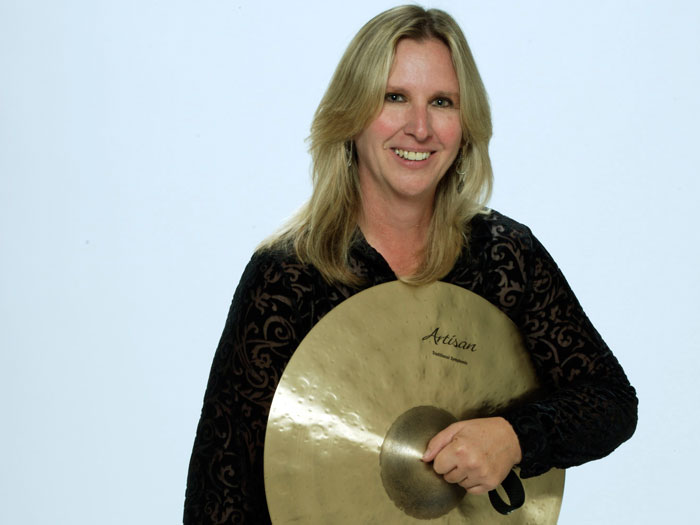