With keen interest in metal and hardcore music, Tim explored different kinds of music at a very young age. A few of his early influences were Chad Smith and Gavin Harrison. By 13 he joined the School Winds Band as a percussionist and later became the drummer for avant-garde metal band, Five Disciplines. By the age of 14 the self-taught musician had already gained much experience performing at regional competitions and festivals such as IVE, Victoria Park, the Warehouse Teenage Club, Hong Kong Baptist University as well as other community centers. He traveled to California to study western music and percussion when he was 18 and received formal musical training at the University of California, Berkeley.

Back to Hong Kong 2 years later, Tim continued to study reading music at the University of Hong Kong and immediately began his music career. While participating in different radio and television programs such as Music on the Move by RTHK and Jade Solid Gold (JSG) by TVB Jade, Tim continued to build writing and production credits for his live and studio work. He played with some luminaries such as Leo Ku, Kary Ng, FAMA, Sammy Leung and Joey Ou. By the late 2010, he joined the local Rock Band Peri M and worked as percussionist for Hong Kong Cantabile Winds. He made regular appearances performing at the 903id club Music is Life Concert, Skyhigh Wai Music, Hong Kong Dragon Boat Carnival and the Ultimate Song Chart Awards Presentation.

When he is not touring, Tim maintains a busy teaching and session playing schedule.

FAVORITE ALBUM YOU DIDN’T PLAY ON: The Silent Circus, Between the Buried and Me 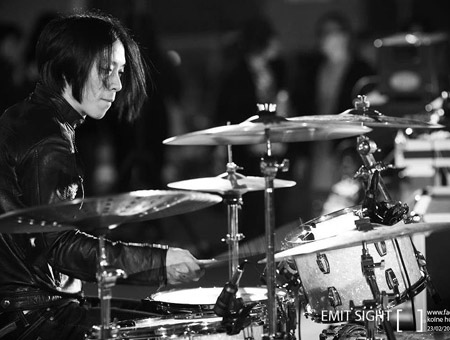