Tito Rodriguez, Jr. is one of the leading timbales artists in Tropical Music and Latin Jazz today. Raised in New York, Tito was born to Japanese and Puerto Rican parents, the only son of the legendary El Inolvidable (The Unforgettable), Tito Rodriguez.

From an early age, Tito was immersed in the riveting sounds of Mambo, Cha Cha, Bolero, Brazilian music, and Jazz. Trained in drums, guitar, piano, vibes, trombone and timbales, Tito was admitted to the Berklee College of Music and completed his training at the University of Miami.

Prodigiously gifted as an arranger, composer, producer, and bandleader, Tito found his jazz voice through the timbales. At age 21, Tito released his debut tropical music album Curious? for TR Records, a label owned by El Inolvidable himself. The recording featured José Alberto, El Canario, on vocals and a coro section featuring Adalberto Santiago and Ruben Blades. With initial gold record sales in Africa alone, not counting US sales, Curious? has recently been re-released as a Latin jazz classic by Pimienta Records and distributed by Universal Music Group.

Following his debut, Tito dedicated nearly two decades to developing a broadcast career at CBS, establishing a network amongst Latin Jazz insiders, and cultivating his creative artistry. He has composed arrangements for many Latin Artists. He also co-wrote the Theme Song for the Sally Jessy Raphael Show.

The Tito Rodriguez Jr. Orchestra debuted at the Copacabana nightclub, a New York hotspot. The hit single Mujer Erotica was a national and international #1 hit for 6 weeks; to-date, the album has continuous airplay in salsa congresses and international networks including Spanish Broadcasting Systems.

In 2002, Tito combined forces with Mario Grillo (Machito, Jr.) to perform original charts from the era of their fathers. The resulting powerhouse album, The Big 3 Palladium Orchestra: Live at the Blue Note, with its ‘screaming horn section, frenzied rhythm section and its high-octane, bone-crunching arrangements’ was met with critical acclaim.

Its success was topped with an American debut at the Verizon Jazz Festival, a European debut at the Pori Jazz Festival in Finland, and extensive tours across the United States, Puerto Rico, and Europe at venues such as Tanglewood Jazz Festival, Hollywood Bowl and Lincoln Center. In September 208, the album is scheduled for re-release in Europe by DiscMedi, distributor of the Buena Vista Social Club.

Wanting to keep his father’s music and legacy alive, Tito decided to create the Tito Rodriguez Orchestra with Tito Rodriguez, Jr early in 2008. The orchestra plays his father’s original charts creating an updated version of his father’s original Mambo beats. The musicians in the orchestra are the “best of the best” and all are from Puerto Rico. The orchestra has experienced critical success and has been chosen to perform at such prestigious venues as the Puerto Rico Chamber of Commerce Annual Gala, the Teatro Yaguez, and Parque De Las Ciencias.

His father’s music is a continual source of inspiration, and Tito honors this legacy while infusing originality and ‘swing’ that is his very own. Tito is a living em-bodiment of Latin Jazz heritage and creative artistry for American audiences, and for the world. 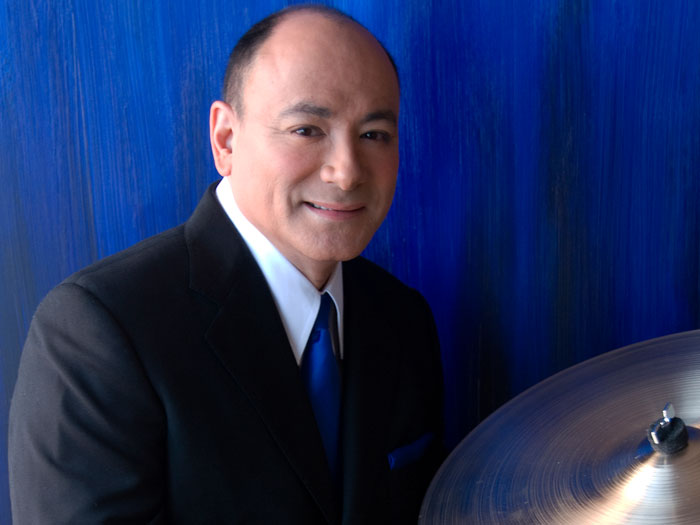