Tony Thaxton has been drumming his whole life, growing up in Michigan with a father who played drums. His family relocated to Virginia when he started high school, where he began to properly study drums. After high school and brief college stint, he toured around with a few different small bands until finally landing in Motion City Soundtrack. Tony has been recording and touring with Motion City Soundtrack since 2002. The band just wrapped up recording their major label debut with Columbia Records. This will be Tony’s fourth record with the band, after 3 albums on Epitaph Records. Recording on the new record brought a new challenge, as Tony broke his arm during the writing phase. The band worked backwards, tracking drums last on the record in order to allow Tony to play on the record. MCS’s latest album My Dinosaur Life is in stores now. 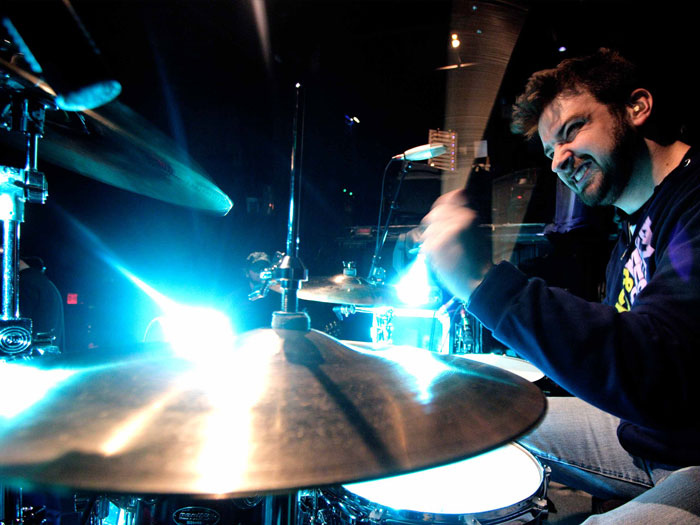 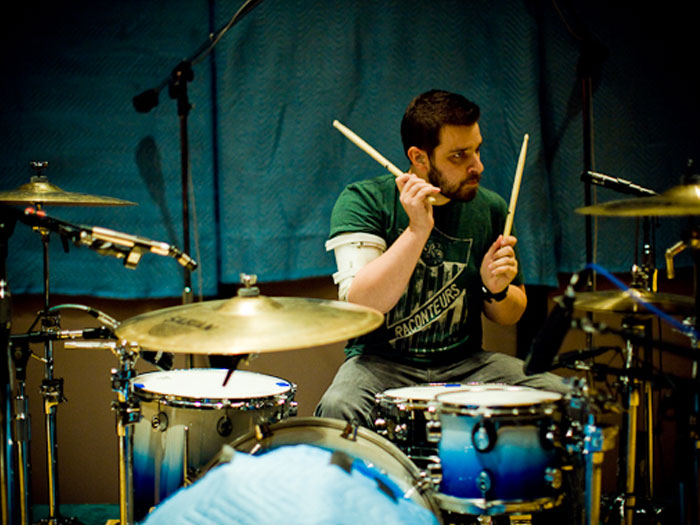