Playing with fiery passion and an eclectic sense of style that blends jazz, funk and fusion with a heady dose of Afro-Cuban flavor, Vera Figueiredo is Brazil’s “Queen of Drumming”. Her long list of performance credits includes such greats as Eliane Elias, Hermeto Pascoal and Joao Doato, while her CD, “Vera Cruz Island”, (featuring Dave Weckl and Robby Ameen) is a critical favorite. Undoubtedly one of the hottest drummers on the international scene today, Vera pumps up her Brazilian roots with rock energy (she was raised on Deep Purple and Led Zeppelin) and fusion technique. As a result, her performances are exciting, fun and full of feel. Her school, the Vera Figueiredo Drum Institute, is a centerpoint for the Brazilian drummer scene.

DRUMMING SINCE: Professionally since 16 years of age. 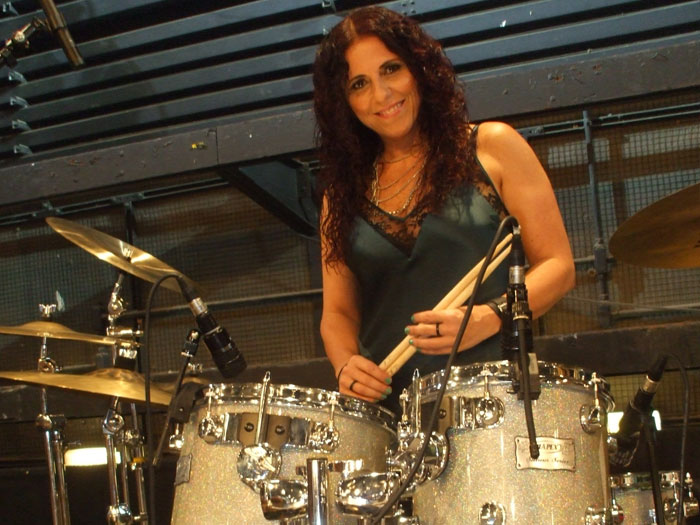