With the Los Angeles Philharmonic, he participated in eight recordings on the Sony Classical and Deutsche Grammaphon labels. These include live recordings of Reich’s Three Movements and Tehillim at Disney Hall, and the world premiere recordings of Salonen’s LA Variations and Adams’ Naive and Sentimental Music.

He has performed with the Los Angeles Philharmonic New Music Group at Disney Concert Hall, the Ojai Music Festival and the Théâtre du Châtelet in Paris. His work with this ensemble includes performing Boulez’s Eclat, Dérive 2 and Pli Selon Pli, and the world premiere of Salonen’s Catch and Release under the direction of the respective composers.

He appears on two Steve Reich Nonesuch recordings, You Are (Variations) and Daniel Variations, and premiered these works with the Los Angeles Master Chorale in Los Angeles and New York City. His extensive work with all the major film studios includes playing timpani and percussion on hundreds of motion picture and television soundtracks including the Academy Award winning scores for Aladdin, Pocahontas, and Life of Pi. 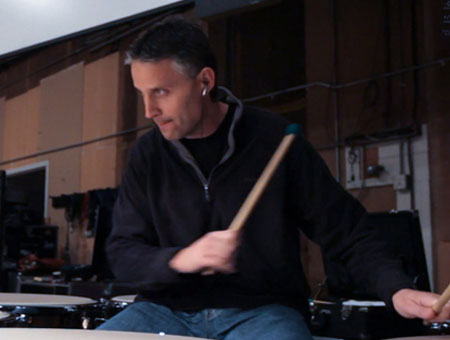