Willy Calderon is a Colombian-American percussionist, record producer
and mixing engineer at Willy Calderon Recordings and Sounds. He is the
founder and director of The L.A. Impromptu Orchestra, a prestigious, Los
Angeles based all-star project that boasts the integration of over 30 over
the world’s most reputable musicians. He is also an official member of
NARAS, The Recording Academy / GRAMMYS®.

Willy came from a musical family and was raised in Los Angeles, California
by his mother, Jeanine Rosales. A natural in the art of music since infancy,
he started his professional career at the early age of 13. Specializing as a
percussionist, Calderon is also professionally adept in piano, bass,
electronic instruments, record production, music arrangement and
composition, which has made him a highly sought after record producer
and composer as well.

Some of the artist’s extensive track record includes collaborations with
Carlos Vives, Tony Succar, Guayacán, Fruko y Sus Tesos, Silvestre
Dangond and Nintendo Co., Ltd, as well as frequenting as musical talent on
various television shows like Bones, Jane the Virgin and America’s Got
Talent, amongst many others.

Having amassed a musical following around the world due to his clean and
solid style of playing, musical knowledge and “conversational” soloing
technique, the artist has repeatedly been invited to host percussion
workshops and seminars in countries like Japan, Spain, China, Cuba,
Colombia and the U.K. 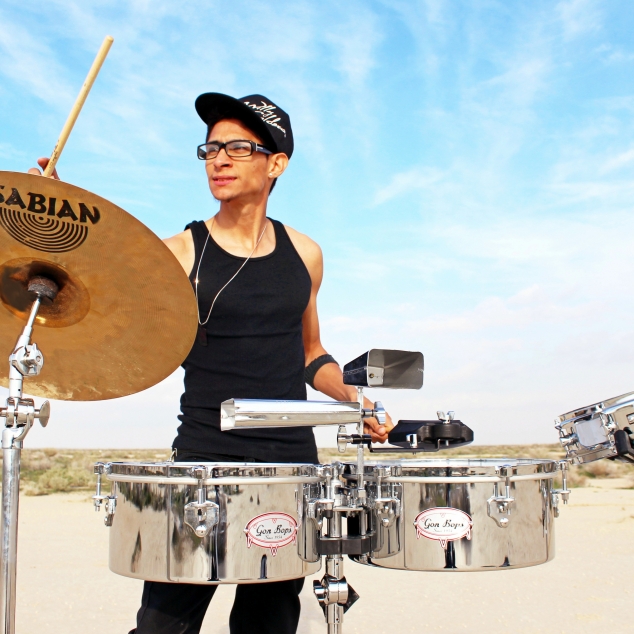