New York native, Wilson Torres musical journey took roots at age of two, when he began “holding it down” on pots and pans. At age three, he received his first drum, putting his musical adventure in forward motion.

Wilson began his formal training began at age 12, when he received a scholarship from The New York Pops Orchestra to study with Susan Evan, which led to one of many performances in Carnegie Hall. He is a graduate of F.H. LaGuardia High School of Music and Art (Fame) and The Juilliard School Pre-College and M.A.P. programs where he studied with Bill Buyle and David Fein. Torres received his B.M. and M.M. in Orchestral Performance from The Manhattan School of Music where he was under the tutelage of timpanist, Duncan Patton (The Metropolitan Opera House) and percussionist, Christopher Lamb (The New York Philharmonic).

Wilson’s professional symphonic orchestral debut with The New Jersey Symphony Orchestra at the age of 17. He has performed with The San Francisco Symphony, Albany Symphony, The San Mateo Ballet and The New York Philharmonic Outreach Workshops. He is very active in outreach work, having worked with The New York Philharmonic and Jazz at Lincoln Center ranging from “The Life of Mozart” to “Music of America” to “Mambo Madness”.

Versatile in both classical and ethnic styles, he has performed in many musical settings. On the Latin and Jazz scenes he has shared the stage with many greats such as Candidio Camero, Bobby Sanabria, Hilton Ruiz, Dave Liebman, Dave Taylor, Bob Mintzer, Dominican g 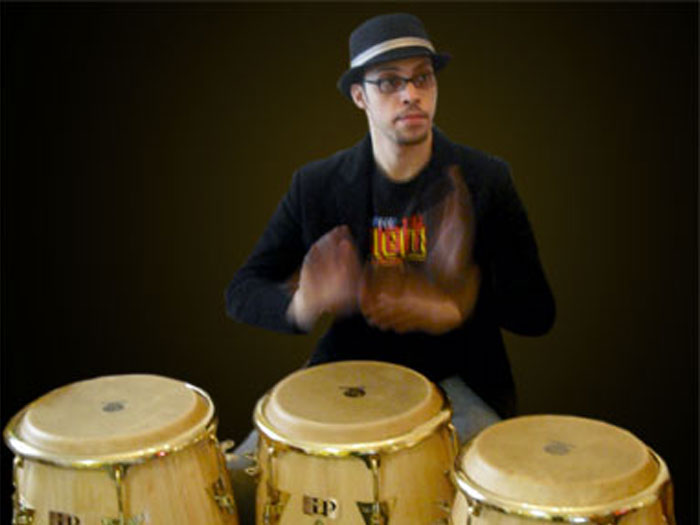